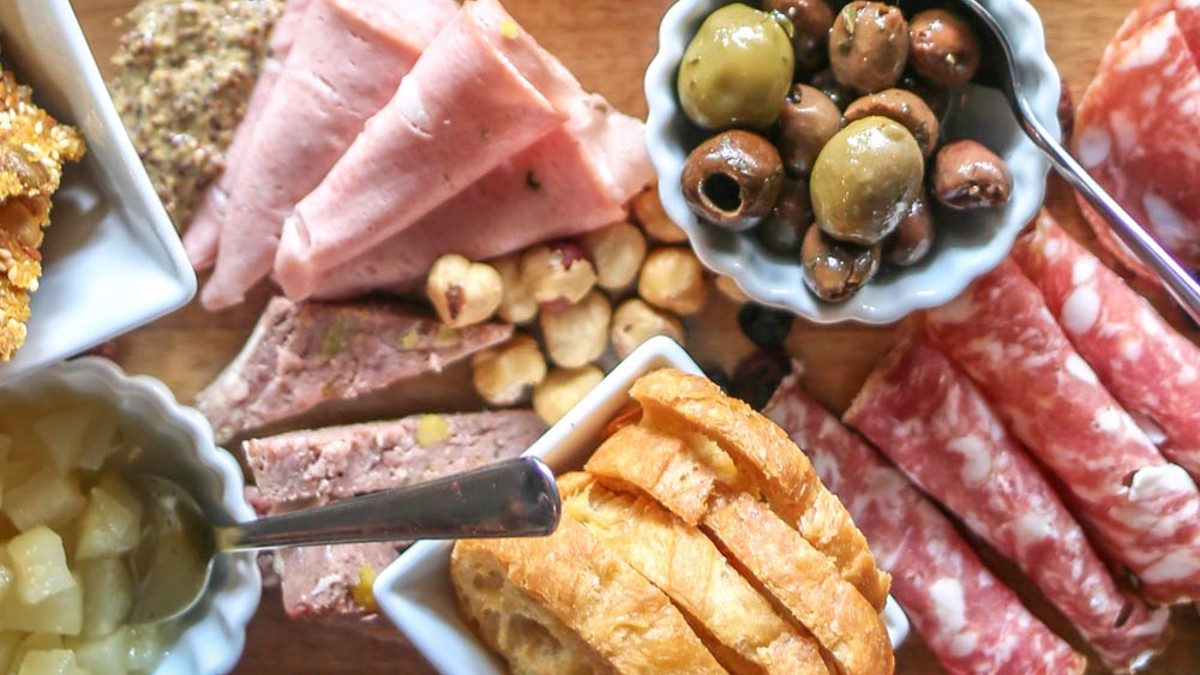 A food tour of Portland, Oregan takes you on a culinary adventure with unparalleled access to the best restaurants, pubs, and street food.

During these highly-rated tours, you will be walking through historic neighborhoods, interacting with the people of Portland-Oregan, and learning the history as you sample fantastic food.

Portland, the largest city in the state, is famous for its vast expanses of green space, from parks and forests to breathtaking mountaintops.

This article shares everything you must know before booking your food tour in Portland, Oregon.

Food and Drink Tour in Slabtown and Alphabet District

This food and drink tour in the Northwest Portland Slabtown and Alphabet District areas will allow you to dine around Portland in the evening.

This walking tour will take you to five restaurants where you will be able to sample wine, pasta, Asian fusion cuisine, and dessert.

The trip concludes at a craft brewery, where you’ll be treated to a complimentary pint to round off your gastronomic adventure.

During this three-hour tour, enjoy beer and wine made in that area.

With the help of an experienced guide, learn about Portland’s history and cuisine culture.

This walking tour is kept intimate by the small group numbers.

This guided culinary tour will take you off the main road to experience Portland’s Kerns area.

A neighborhood walking tour will take you off the beaten path.

With the help of a local guide, learn about the history of the Kerns area.

For a more personalized experience, book a private activity for just you and your party.

Donuts of Portland – a bike tour for foodies

In Portland, donuts are big business, and you’ll get to visit some of the city’s most popular doughnut shops and savor their confections on this bicycle tour.

You’ll also have the opportunity to visit Voodoo, Portland’s most famous doughnut shop, where you can skip the often long queues and go directly for a Bacon maple bar.

On this afternoon bike tour, you’ll see picturesque central Portland and enjoy some of the city’s most famous beers.

Take a leisurely bike ride with your expert guide to several iconic Portland microbreweries, such as Lucky Lab and Rogue, for some fun and informative beer tasting.

Bike tour of Portland’s breweries for three-hour ideal for all riding levels, explore downtown, the Pearl District, and northwest Portland.

Along the tour, your knowledgeable guide will point out local landmarks like Powell’s Books.

By bike, you can experience the beauty and culture of central Portland as a local would.

Go to Waterfront Park to see the river and look for bridges.

A guided bike tour of Portland will allow you to see the city like a resident.

During this three-hour tour, learn about Portland’s history and culture from your guide.

Portland is famed for its food carts, but there are so many that it’s difficult to know where to begin.

This trip takes you to one of the city’s oldest food cart pods, where you’ll get to sample delights from five to seven different food carts as well as a brewery.

With the help of an expert guide, sample local foods and learn about the area’s history.

With a local guide to show you the route, you’ll explore Cartopia, Portland’s first big food cart pod, pedal through the flower-filled neighborhoods of Ladd’s Addition and Hawthorne, and stop at the Scout Beer Tap House.

This three-hour tour is more intimate because of the small group numbers.

Explore the bustling streets of Downtown Portland with your local guide and learn why Portland is known as the world’s coffee and donut capital.

Eat several locally baked doughnuts from stores that are only available in Portland.

On this small-group gastronomic walking tour, leave all the planning to your guide and savor some of Portland’s best nibbles.

Meet your guide in the morning, and bring your appetite: you’ll be stopping by several establishments in the Mississippi District for brunch snacks ranging from pastries and sandwiches to drinks and more.

On this insider tour, follow your guide to the places that only locals know.

This small-group trip is limited to a maximum of ten individuals to ensure a personalized experience.

The Pacific Northwest is known for its microbreweries, and Portland, dubbed Beervana, is no exception.

This tour will take you to four of the city’s most popular breweries, with many opportunities to sample their goods.

A behind-the-scenes look at beer manufacturing, food, and beer pairings, and even a trivia session await you along the way.

Sample beer and munchies from some of the best brewers in the area.

Find out the best things to do in Portland, Oregon.