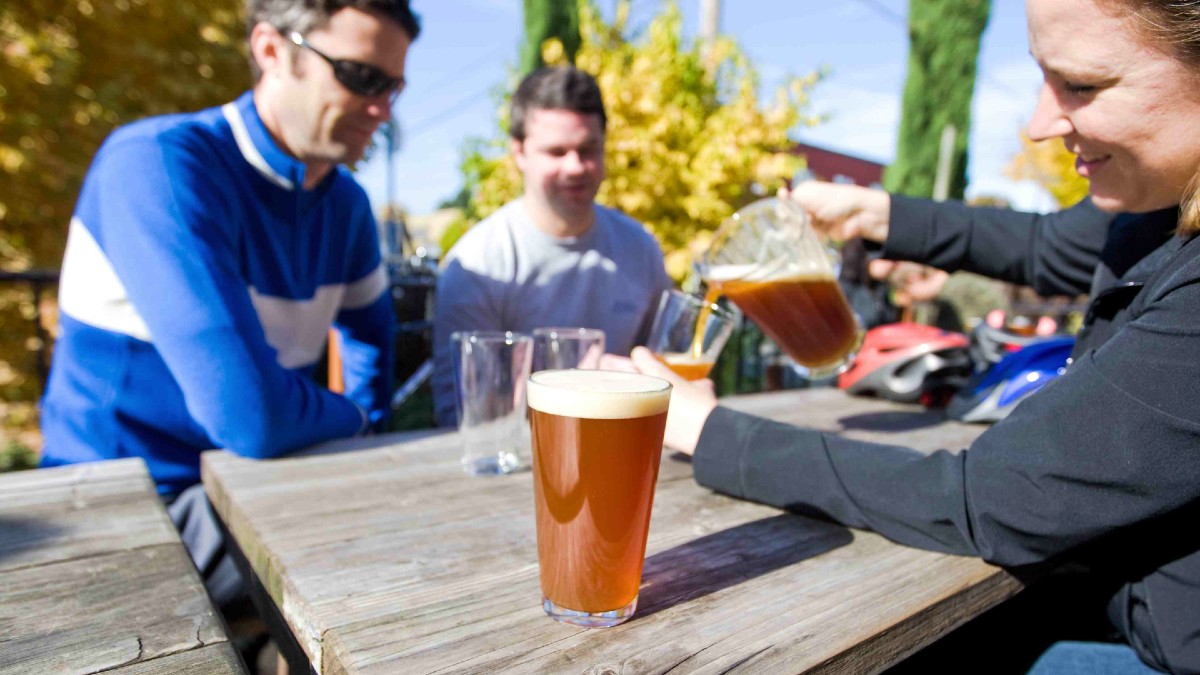 Portland brewery tours are both amusing and educational, and they immerse you in the city’s brewing history.

During this highly-rated tour, you learn about the manufacturing process and sample a wide range of products.

These brewery tours in Portland are ideal for anyone who appreciates beer and wants to learn more about it.

This article shares everything you must know before booking your brewery tour in Portland, Oregon.

On this bike tour, you’ll see picturesque central Portland and enjoy some of the city’s most famous beers.

Take a leisurely bike ride with your expert guide to several iconic Portland microbreweries, such as Lucky Lab and Rogue, for some fun and informative beer tasting.

A three-hour bike tour of Portland’s breweries is ideal for all riding levels, exploring downtown, the Pearl District, and northwest Portland.

Along the tour, your knowledgeable guide will point out local landmarks like Powell’s Books.

The Pacific Northwest is known for its microbreweries, and Portland, dubbed Beervana, is no exception.

This tour will take you to four of the city’s most popular breweries, with many opportunities to sample their goods.

A behind-the-scenes look at beer manufacturing, food, and beer pairings, and even a trivia session await you along the way.

Sample beer and snacks from some of the best brewers in the area.

Portland is a beer drinker’s dream, with more breweries than any other city in the United States.

During this craft brewery tour, visit a few of the best on the city’s East Side, a district famed for its inventiveness but overlooked by many tourists.

From West Coast IPAs to seasonal lagers and barrel-aged beers, test your palate and discover your new favorite drink.

Visit a trio of local breweries that have been hand-picked for their excellence and distinct flavor profiles.

While wandering between breweries, learn about Portland’s vibrant modern culture.

With this brewery bike tour of Portland, pedal across the bike-friendly city enjoy some of the city’s best brews.

Make a pit stop at two breweries recommended by your professional tour guide.

Finish your two-and-a-half-hour excursion with a last microbrew in the bike shop.

During this walking tour, learn about Portland’s vibrant beer culture and sample some of the city’s most popular brews.

Take a local brewery tour from behind the scenes during this three-hour tour.

Find out the best things to do in Portland, Oregon.